The Dangers of Tea Tree Oils for Pets 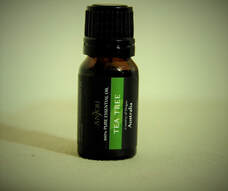 Tea tree oil, or Australian tree tea oil, has become a popular alternative treatment for many skin conditions affecting humans. Its popularity has resulted in some veterinary skin care products that contain small amounts of tea tree oil. In small concentrations (.1% to 1%), tea tree oil is tolerated and safe for cats and dogs. Unfortunately, the oil's popularity has resulted in larger numbers of households with bottles of 100 percent tree tea oil, and accidental ingestion or improper dilutions of this highly concentrated oil can be harmful to pets.


What is Tea Tree Oil?

Tea tree oil is extracted from the leaves of a tree native to Australia that is similar to the myrtle tree. The tree has been introduced to America and is grown in the southern states, particularly Florida. The clear to pale yellow oil has a camphor-like smell and has bactericidal and fungicidal properties.

It is used topically to treat acne, boils, burns and insect bites in humans and pets. It is also used for treating athlete's foot, gingivitis, impetigo, tonsillitis, and vaginal infections in humans. It is sometimes added to vaporizers to treat respiratory infections. The oil can also be found in soaps, toothpaste, lotions, and skin creams.

Tea tree oil is toxic, to both humans and pets, if taken orally. In Australia 100 percent tree tea oil is categorized as a schedule 6 toxin. Packaging there requires child-proof containers and cautionary labeling. Such packaging and labeling are not necessary in the U.S. and Canada.  A 10 year long veterinary study of tea tree oil toxicity in pets found that 89 percent of owners who used 100 percent oil assumed that it was safe. The researches felt that the lack of labeling was a major reason for the feeling of safety on the part of American pet owners.

Tea tree oil contains various types of chemicals called terpenes. These are the chemicals that make the oil effective against bacteria and fungi. They are also the toxic agent. Terpenes are rapidly absorbed into the body whether taken orally or on the skin. This means topical application of concentrated oil can result in the same toxicity as accidental oral ingestion. Given the tendency of pets to groom, especially cats,  the toxicity risk of topical applications is amplified.

Symptoms of toxicity vary depending on the dose of terpenes ingested. Minor symptoms like drooling or vomiting may be found with mild doses of oil. Animals with moderate illness may appear weak, have difficulty walking, or seem partially paralyzed. Severely ill animals have life-threatening symptoms like tremors, seizures, greatly reduced level of consciousness, or coma. Symptoms follow 2 to 12 hours after exposure.

There is no antidote for terpenes. Treatment is based on the level of toxicity. Mild illness may only require skin decontamination with dish soap bathing. Inducing vomiting is not recommended. The neurological effects of the terpenes, as well as the thick quality of the oil, increase the risk of aspiration pneumonia if vomiting is induced.

Skin decontamination and support therapy with intravenous fluids is the standard treatment. Vomiting, muscle tremors, and seizures are treated with medications as needed. Treatment may be necessary for up to 72 hours after exposure. Terpenes are toxic to the liver so the use of liver protectants like SAM-e and silymarin (milk thistle) for two weeks is also recommended.

Using tea tree oil to treat skin conditions in pets has not been proven to be superior to other traditional medications. In fact, the concentrations of tea tree oil suggested for many skin problems far exceed the concentrations found in most pet products (.1%-1%). The attraction of using a natural product as opposed to a man-made synthetic treatment may not be worth the risk. The use of dilutions of 100 percent tea tree oil should not be used in pets. Finally, oil should be safely stored away from pet access, especially the ingenious, inquisitive cat.
Please remember that just because something is “natural” does not mean that it is non-toxic. Many compounds found in nature can be very toxic to both animals and people. Similarly, many compounds that have extremely beneficial properties in people can be very harmful to your pet. Please contact your veterinarian prior to giving your dog or cat any supplement/medication.